This website serves to assist in the search for sponsors for the Waldniel Memorial Site. Thanks to the many that contribute to the memorial by their interest, no more applications are needed to name a sponsor for every person who died in waldniel during the nazi regime.

Sponsors are part of a commemorative community. They commemorate the people who died in the Provinzial- Heil und Pflegeanstalt Waldniel-Hostert during the Nazi era. Little is known about these people’s lives. In many cases, the available information is limited to a name, date of birth and death, and cause of death. 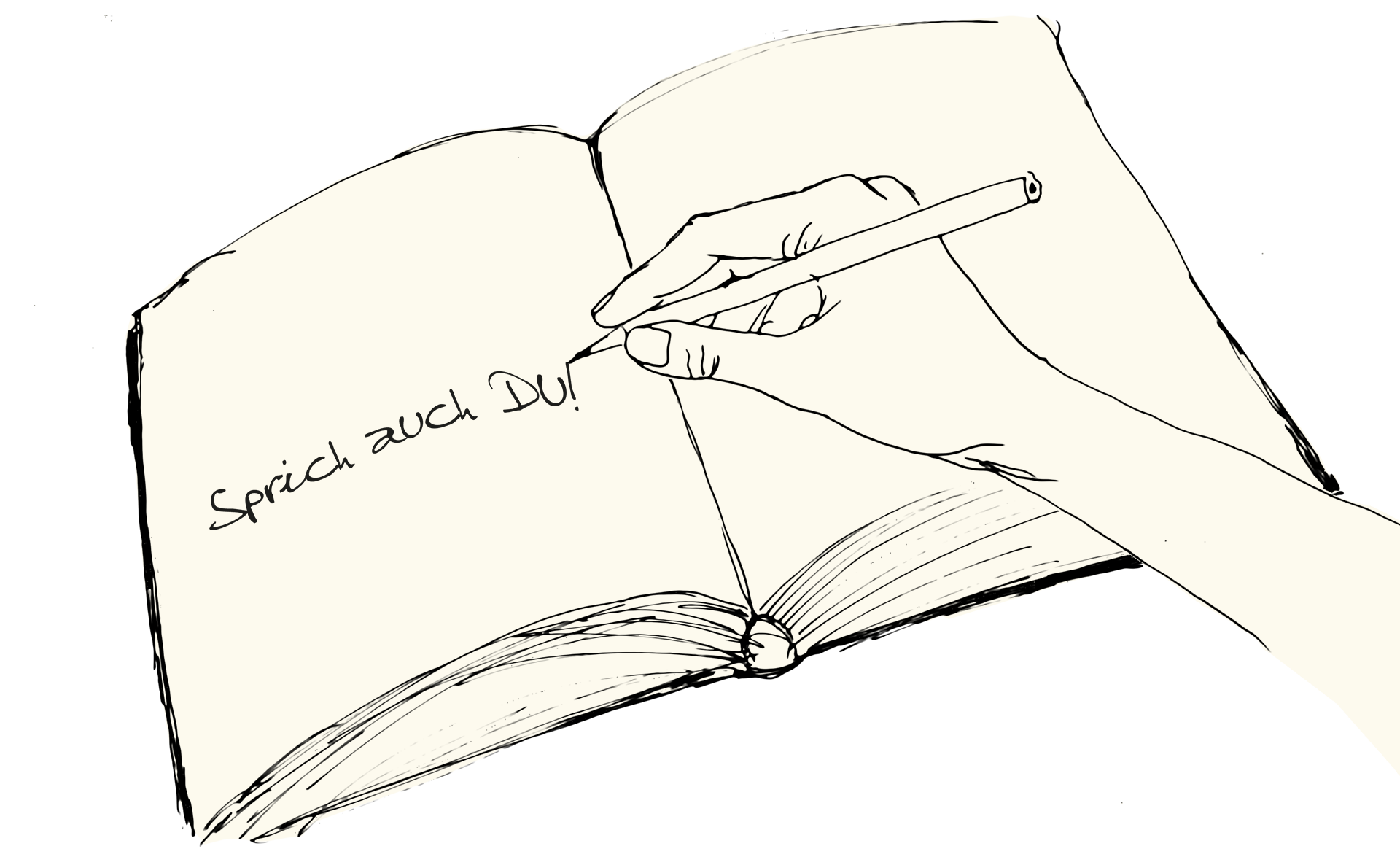 In this way, a space of remembrance begins to develop already before the opening of the memorial site, as it is necessary to talk about the emerging site and its history in order to find and include participants. Since November 3, forty-eight students from the districts of Schwalmtal and Viersen have taken an active part in the search for sponsors. In this way, commemoration becomes a living process that happens among people who are alive today. For that reason, and because we do not want a mere number to represent those killed, but rather, to have the name of every single person truly remembered, we are looking for sponsors to handwrite these names in memory.

Our draft creates a contemplative site that clearly shows that also murdered children are buried here. The concept rests on the connection of a number of diverse actors, thus opening up spaces of the social aspects of remembering.

A new situation for approaching the grounds has been created. A wall with an L-shaped footprint constructed from anthracite-colored concrete elements shields the memorial site from the street. The continuous slant of the concrete element on the longitudinal side allows the view of the memorial site to open up slowly for those walking in. Embedded in the wall on the inner face, which is the front side turned to the cemetery area, are brass plaques with the names of the dead inscribed in personalized lettering.

A LOOK INTO THE HISTORY OF THE MEMORIAL SITE

The memorial site commemorates those people who as psychiatric patients were subjected to forced sterilization, starvation, and “euthanasia” during the Nazi era. It is found on the cemetery built in 1913 for the St. Josefsheim, an educational and nursing facility operated by the Franciscan brothers. In 1937 the provincial administration of the Rhine province took over the institute with ca. 600 beds as the Waldniel branch of the Provinzial-, Heil- und Pflegeanstalt Johannistal, Süchteln. Located here from 1941 to 1943 was one of the German Reich’s largest so-called “special children’s wards” with 200 beds. Ninety-nine children died during this time—many verifiably as the victims of euthanasia measures.

Motivated by an appeal from the Working Group for the Study of National Socialist Euthanasia and Forced Sterilization in 2012, the Landschaftsverband Rheinland decided in 2016 on the architectural expansion of the memorial site by the struber_gruber collaborative.

LECTURES ON THE PATIENT KILLINGS IN WALDNIEL

14:00 Dr.Maike Rotzoll
Forgetting Annihilation is Part of Annihilation Itself
Patient Murders During the NS Era

15:45 Andreas Kinast
The History of the Children’s Ward and NS Euthanasie in Waldniel

An alternative date in June has yet to be set.

REMEMBRANCE FORMS COLLECTIVELY,
AMONG PEOPLE WHO ARE ALIVE TODAY.

Since the 27th of November 2016 a sponsor has volunteered for each of the 554 persons who died in Waldniel during the nazi regime.

More than 400 people are expected in the town hall of Schwalmtal on my 19th to write the name of a deceased person, so that a hand written name plate at the waldniel memorial will remind of this person. The sponsors will write 554 commemorative plaques, each with in their own handwriting. An aesthetic of difference will become visible at the memorial.

Spread over the day we are inviting small groups of writers to the town hall of Schwalmtal, to give them a quiet, concentrated atmosphere and the necessary support. In the afternoon accompanying lectures will take place, to provide insight into the historic background of the patient slaying during the nazi regime and in the waldniel nursing home. In addition there will be talks about the development of the memorial, that is founded in the tireless work of volunteers and whos redesign is now made possible by the LVR.

Our heart felt thanks go to the sponsors for their willingness to participate in the redesign of the memorial!

Many have especially taken a day off and are taking on a long journey for this to happen. Not only will a space for remembrance be revealed, but the presence of the 400 people sets a clear and vivid signal against marginalization and discrimination.

The sponsors will inscribe the names in 8cm diameter wax platlets. They are the basis for the bronze castings at the memorial that remind of the dead.

Students of the Europa Schule Schwalmtal and the Vocational School Viersen together with struber_gruber and artisans of the Kunsthauses Kannen will produce the large spheric sculptures at the art foundry Kunstgießerei Anft.

”As if made from the hands of children, that’s how they should look, the huge spheres that will
will be building blocks of the new memorial. The Kunsthaus Kannen and its creatives is a partner of
the project to remind of the euthanasia during national socialism.

Red, yellow and blue, they protrude from the terrain, the man-high clay balls. They still only exist on the draft sheets of the artist couple Katharina Struber and Klaus Gruber from Vienna. But already in the summer of 2017 the Waldniel Memorial on the Lower Rhein should get a new look. Concrete walls in contrast to the coloured balls, everything embedded in the seasonality of the forest. Remodeling should start this June, when handicapped artists from the Kunsthaus Kannen together with the artist couple and students from Waldniel will go to work. An inclusive project that should help to keep the remembrance of the young victims from fading.”

During the project week on the premises of the Alexians the students from Schwalmtal and Viersen will be accommodated at the Hotel am Wasserturm run by the Alexianer Münster GmbH. Together with struber_gruber and creatives supervised by the Kunsthaus Kannen they will be bussed daily to the 20km distant workshop of the Anft company, to create three 180cm large plaster casts.